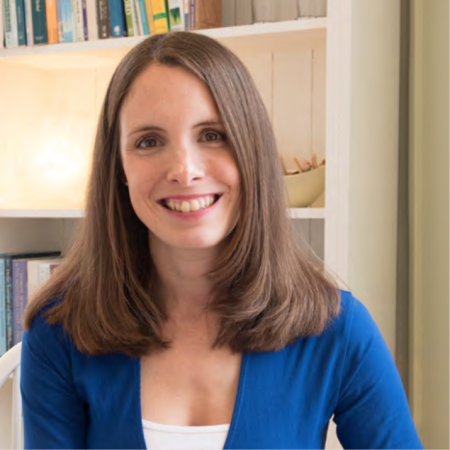 Over the last year I have treated a number of women who had gone past their due date and were booked in for a chemical induction but, for various reasons, were seeking a natural alternative.

In this post, I’m going to explore what it really means to go ‘overdue’ & how herbs can assist you in achieving the birth experience you want.

It still is unclear what causes labour to begin, however there are several theories. One is that the mother’s pituitary gland secretes oxytocin when the baby is fully developed and ready to be born (oxytocin is the hormone that stimulates contractions).

For many years, it was believed that the mother’s body was responsible for starting labour. Some researchers now believe that the baby actually starts labour. The baby sends a signal to the mother’s body that causes labour to start. One theory is that the baby’s lungs secrete an enzyme when they are fully developed. This causes prostaglandins to be released into the mother’s system. The prostaglandins then trigger changes in the cervix which results in contractions.

Another theory is that the baby’s adrenal glands (your ‘stress’ glands that sit on top of the kidneys) send a signal to start labour. When the baby is ready to be born, the adrenal glands produce hormones. These hormones cause hormonal changes in the mother – which are then responsible for the process that starts labour.

Should we force labour to start?

Even if you are genuinely post-dates, your chances of going into labour naturally increase with every day that passes – so perhaps if there are no complications it is preferable to wait:

What if you really are ‘overdue’?

The rate of stillbirths and neonatal deaths does rise as pregnancy becomes more and more prolonged, as the placenta will start to deteriorate during this period. However, many of these deaths are due to congenital abnormalities, or occur in babies with intra-uterine growth restriction. It is not clear how much the death rate rises for normal babies who do not show any signs of being growth-restricted. It can be alarming to hear that the death rate for pregnancies over 42 weeks doubles, but it is perhaps more informative to let people know the figures rather than the relative chance. Some sources suggest that the death rate for apparently normal babies, i.e. those without detected abnormalities, may rise from around 1 in 1,000 to 2 in 1,000 (source: www.homebirth.org.uk).

The orthodox medications used to induce labour can potentially have harmful affects. Dr Parker (Obstetrician) comments – “These are powerful drugs and medications….Given in the wrong amounts or not monitored appropriately, patients can put their baby at risk of hyperstimulation of the uterus – too many contractions which causes foetal distress. There can be uterine rupture because the contractions are too strong and hard. There can be excessive bleeding and other problems that may ultimately result in an emergency C-section.”

Chemical Inductions are on the rise

According to national statistics, labour inductions nationwide have doubled to 20 %. In Kent, inductions are performed for between 16 and 20% of patients. In some areas of the country this is as high as 34%. Likewise, Caesarean section rates are also on the rise – rising from 25% to 26% between 2011-2014. Perhaps most concerning of all – the rate of elective c-sections rose from 10-13% during the same period (source: http://www.hscic.gov.uk/catalogue/PUB16725).

Are we simply too eager for our babies to be born?

As herbalists we subscribe to the idea that the body and baby knows best and if the body is in balance then the Labour process should run smoothly. We would not suggest inducing the baby using herbs unless the patient wanted to avoid a chemical induction, it’s best to leave nature to take it’s course and to go into labour naturally without intervention.

If you are overdue and refuse a medical induction you can ask for monitoring to check your baby’s wellbeing, instead of choosing induction. Many of the women that I’ve treated in the past don’t realise that you can ask to be monitored and allow more time for the baby to come on it’s own. There is a very small risk of foetal death occurring suddenly despite the reassuring monitoring, but this can happen at any stage of pregnancy – and is extremely rare. Some women feel that it is not appropriate to accept induction on the basis of a one-in-a-thousand risk of foetal death.

A herbal medicine consultation is important to assess the individual needs of the patient and prescribe the appropriate medicine. Contact Jodie if you would like to discuss natural treatment options during pregnancy and labour.